Share prices slumped across Europe on Monday (June 29) as Greece shut its banks – following a fateful weekend that has shaken Europe’s single currency.

Due to the Greek debt crisis – and the breakdown of talks between the country’s government and European officials, Greece’s banks will stay shut today in an effort to prevent customers withdrawing their savings and causing the collapse of the country’s already fragile financial system.

There were even sharper falls across Europe, with the French and German markets both tumbling by 4%. European banking shares were the hardest hit, suffering losses of up to 10%.

The Greek government said all banks would be kept shut until after the referendum on 5 July – and withdrawals from cash machines would be limited to €60 – about £40.

Cash machines were not expected to reopen until later on Monday.

Foreign transfers out of Greece are prohibited, although online transactions between Greek bank accounts are to continue as normal.

Greece’s finance ministry did announce that the strict ATM withdrawal limits would not apply to holders of credit or debit cards issued in foreign countries. This was seen as a necessary move after worries that tourists were seen joining locals in front of ATMs on Sunday.

Tourism accounts for at least a fifth of Greece’s economic activity. 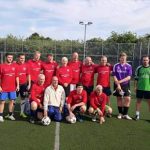