There has been a ‘staggering’ rise in fines handed out to small and micro businesses for ‘non-compliance’ over their Auto Enrolment obligations.

The Pensions Regulator published new data this week which showed a significant upward trajectory in the number of penalties served  in the third quarter of 2016.

Catherine Pinkney, co-founder of the payroll and workplace pension platform, Paycircle, said: “The rise in the number of fixed and escalating penalty notices handed out during the latest quarter is frankly staggering.

“An increase in the number of fines was always on the cards as the smallest businesses started to stage but these numbers are a real cause for concern.”

The regulator stated: “Between July and September this year, we’ve had to use our powers more often, as increasing numbers of small and micro employers reach their staging date and leave it to the last minute to prepare. Although the number of Compliance Notices has risen to over 26,000, we find the majority of employers subsequently comply when given this ‘nudge’ to remind them of their duties.

“Less than 5% of Compliance Notices progress to an Escalating Penalty Notice, which demonstrates that our approach of educating and enabling before enforcing is both effective and proportionate.”

Miss Pinkney added: “Between now and 2018 over a million small businesses are set to stage and, judging by this data, the number of fines is set to skyrocket.

“This latest data from the regulator is proof positive that too many small businesses are still in the dark about their workplace pension duties.” 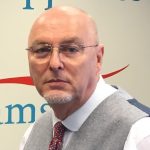 A Lifetime point of view: Ten years and counting!