Home / News / Month that is an ‘august personage’ in the yearly calendar – but is it your favourite?

Fare you well February. Motor away May. Adieu April!

One of the favourite months of the year with many people is August.

Look the word ‘August‘ up in a dictionary and you get:

adjective 1. inspiring reverence or admiration; of supreme dignity or grandeur; majestic: an august performance of a religious drama. 2. venerable; eminent: an august personage.

It certainly appears to be an ‘august personage’ in terms of how the 12 months of the year rank in the eyes of the general public.

Kids tend to love it because they are off school! Adults often look forward to it because it is the month where, quite frequently, holidays are taken. Rest and recuperation, for weekends, a week, a fortnight, or in the case of some very lucky people (Lifetimers Ian and Nicola, you know who we are referring to!!) the whole month, are the order of the day!

August is recognised as being one of the best months in the British calendar when it comes to sunshine – and although it was steaming hot on the very first day (Thursday), this year it will have to go some to beat its predecessor July! 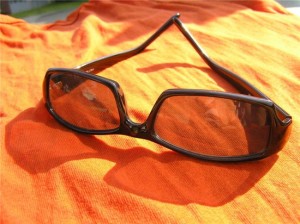 But important things do happen during the month of August. Here’s some examples: Women won the right to vote; India became independent from Britain; Hawaii was recognised as a new state of America; and World War Two ended. Oh, and for the sports-mad people among us (and we’ve got a fair few at Lifetime), August also signals the start of a new football season!

So number eight in the monthly calendar is undoubtedly popular.

But does it rank at number one in the ‘hit’ parade?

Just what is your favourite month of the year……?

Oh we do like to be beside the seaside……or do we?