Less than half of all pensioners will receive the full £150-a-week new ‘flat rate’ state pension from 2016.

In response to a freedom of information request, the Department for Work and Pensions have said that only 45% of the 3.5 million people who will retire between 2016 and 2020 will receive the full £150 a week.

That is despite promises by the Work and Pensions secretary Iain Duncan Smith that the new proposed flat rate state pension will give workers ‘clarity’ about their retirement income.

From April 2016, the new single-tier pension will replace the existing two-part system of basic state pension plus the state second pension (also known as Serps).

A final figure for the combined pensions will not be set until the autumn, but is expected to be around £150 a week. However, the DWP has revealed in information sent to the financial advice firm Hargreaves Lansdown that because millions of workers were ‘contracted out’, they will not be entitled to the full amount.

Under the new system, employees will need to have 35 years’ of NI contributions to obtain a full pension, compared to 30 before.

The figures reveal that one in three retiring workers will be paid a state pension of no more than £133.56 a week, rather than £150. 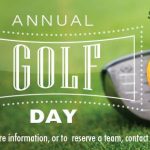