Home / News / Demand for mortgages at a six-year high

The demand for mortgages rose at the fastest pace in six years in the fourth quarter of 2013, according to a survey by the Bank of England.

The Bank’s latest Credit Conditions Survey found that increased availability of credit was driven by optimistic expectations for house prices and an increased appetite for risk.

Lenders suggested that the rise in demand was being supported by first-time buyers and interest in the Government’s Help to Buy Scheme.

Lenders confirmed a “significant” rise in mortgage requests, reaching a balance of 62 per cent – the highest recorded figure since the survey began in 2007.

Brian Murphy, head of lending at the Mortgage Advice Bureau, told The Independent newspaper: “Lending conditions were particularly favourable for mortgage hunters in the last three months of 2013. Pricing became increasingly competitive and mortgage access visibly improved, encouraging hope among first-time buyers with small deposits looking to get on the property ladder.” 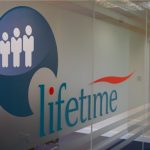 Your Financial Plan: have you got one? If not, why not?