Plans to increase the state pension age are ‘unaffordable and irresponsible’.

That’s according to the Institute of Economic Affairs (IEA).

The think tank has called for a far earlier rise in the state pension age to 68, reaching that level by 2023 instead of around 2045 under existing plans.

The Government has already signalled that rises in the state pension age will be accelerated – reaching the age of 68 by the mid-2030s – but the IEA’s proposal would affect the retirement plans of millions of Britons far more radically.

Under the IEA’s proposal, those in their late 50s would see their retirement age rise to 68, rather than the current planned age of 66.

Retirement at 68, under current plans, only covers those aged around 35 or under.

The report suggests the state pension age for men and women should increase by two months every quarter from 2018 until it reaches 68 in 2023 and should then be directly linked to life expectancy.

Earlier this week, David Cameron, the Prime Minister, promised that a future Conservative government would protect the basic state pension after the next election by keeping the coalition’s ‘triple lock’ guarantee to increase payments each year.

He confirmed that the state pension will rise every year in line with wages, prices or by 2.5 per cent – whichever is highest – until at least 2020.

However, Professor Philip Booth, a director at the Institute of Economic Affairs, said: “The Government needs to wake up to the reality of the long-term state of the public finances.

“People retire earlier on average today than they did in the 1960s despite huge improvements in life expectancy. People should have both the opportunity and incentive to continue some form of paid work into older age.

The IEA has also suggested a compulsory private pension scheme should be introduced to replace the state pension. The Government last year rolled out a scheme of auto-enrolment for companies that should place the vast majority of workers into a savings scheme. It is hoped this will help plug a multi-billion pound gap in retirement savings. 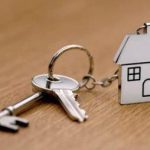 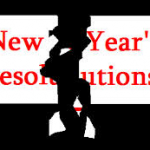 Are your New Year resolutions already in the bin?