The Office of Fair Trading (OFT) has ordered a crackdown on pension schemes that offer poor value to millions of savers.

The OFT is recommending a series of reforms, including giving new powers to the Pensions Regulator.

However, it has stopped short of recommending a cap on management charges, for the moment at least.

It says pension schemes containing £40bn worth of savings are, or may be, delivering “poor value for money”.

Some of the older schemes set up before 2001 have management charges that can be much higher than those set up later.

Those charges can erode the final value of a pension quite dramatically.

Clive Maxwell, the OFT’s chief executive, told the BBC: “We’re holding off on the cap on management charges for now, but it may be that a cap is the right thing to do.

The Pensions Regulator has agreed to assess which smaller pension schemes are not delivering good value.

The OFT has also asked the government to consider banning certain schemes being used for its auto enrolment programme which make high charges when savers stop paying into the schemes.

The government is worried that such excessive costs could discourage people from taking out pensions, when it is trying to persuade people to participate.

Since last October, workers have been gradually signed up to workplace pensions, unless they deliberately opt out.

Five million people are already saving into such pension schemes, which invest the monthly contributions in stock and bond markets. 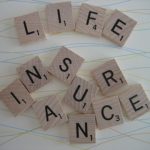