Home / News / Can too much togetherness ruin your retirement? Some couples are plumping for ‘parallel play’

Can too much togetherness ruin your retirement?

That is the interesting question being posed by a psychologist from the United States.

Seattle-based Maryanne Vandervelde, writing in the Wall Street Journal, has suggested that ‘parallel play’ – two individuals engrossed in separate but parallel activities – might well hold the key to happiness in later life.

“Chances are good that the toddlers will be quite content. They’ll be next to each other, or moving farther apart; silent at times, and babbling to themselves or each other at other times. They will no doubt resolve minor disagreements if they occur—whereas they would probably be fighting if they tried to play with the same toy in that sandbox.

“It’s a phenomenon called parallel play—two individuals engrossed in separate but parallel activities. And if you are looking for the secret to a successful retirement with your partner then it might hold the key to happiness in later life.”

Monetary issues always come into play when planning for retirement, but there are other things to ponder too. Dr Vandervelde wrote a book eight years ago about the challenges partners can expect to face when living together during retirement.

She said: “In the time since, I have seen thousands of couples in connection with speeches, seminars, therapy sessions and email/mail/phone encounters. One issue has become abundantly clear: Individuals who do almost everything together in later life—who are ‘joined at the hip’ – usually aren’t as satisfied or fulfilled as couples where spouses have their own interests and, ideally, are learning new skills.”

That viewpoint often clashes with how retirement is traditionally looked upon, where togetherness has been hailed as a virtue, and a benefit.

But Dt Vandervelde says that men and women entering or thinking about retirement in 2013 have lived dramatically different lives compared with those of their parents and grandparents.

She explains: “Women age 50 and older have been through ‘women’s lib’; have entered the workforce in large numbers; have held responsible volunteer positions; have sometimes had to support their husband and kids; and have planned their future by thinking more about pensions than about constant togetherness!

“Most men age 50-plus have worked with women and have learned to respect them; have come to see wives as partners more than underlings; and have come to value and want a partner with an equal voice in decision-making. The men may have even learned to cook and clean a little in return!

“In general, spouses in their 50s and 60s are much more adventurous than previous generations have been, as well as much more independent and comfortable with change. They have fewer rules about everything. They are less judgmental, and more accepting of people who are different from the norm.

“It should be no surprise, then, that couples in retirement are becoming less tied to each other, and more interested in parallel play. That model meets our needs for both freedom and involvement and is quickly becoming the system in which many older adults are thriving.” 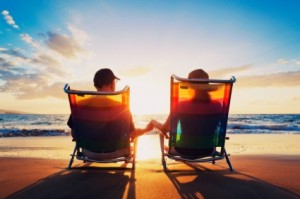 Dr Vandervelde puts forward the view that ‘it is reassuring to know that both people can function independently in retirement – because one of them will probably have to someday’.

She adds: “Space and some time alone can be a wonderfully satisfying tonic for the soul.Who are you? What do you want out of life? Do you have a ‘bucket list’? What are your precious, enduring passions as well as your new ones? The answers to these questions will contribute significantly to a happy life.

“It feels good for both of you to know that old dogs can learn new tricks.

“And absence often does make the heart grow fonder. Whether partners live in different cities part of the time or just spend a few hours apart, they usually appreciate each other more when they are together. They take each other for granted less; they probably communicate better; and they usually have a stronger bond of both physical and emotional intimacy because they have a greater appreciation of each other as capable, separate, interesting people. However, parallel play in a partnership does not suggest extreme emotional separation from each other.”

Do you agree with Dr Vandervelde? Is parallel play a part of your retirement plan? Or are you wanting to spend as much time as possible together with your partner when work no longer calls………? 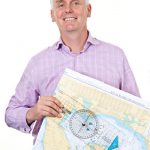