Just one in 20 workers under 30 are opting out of pensions savings, according to figures released on Tuesday.

That is compared to one in four workers aged over 60.

The figures, released by NEST, show that younger workers – a quarter of whom were once expected to opt out of Automatic Enrolment – actually have the highest rate of participation.

Just five per cent of them decide to opt out.

NEST chief executive Tim Jones said: “We know that younger workers often think they are too young to start saving in a pension but so far this hasn’t played out.

“These participation figures suggest that the policy is working, particularly with the younger generations.”

According to the figures, workers over 60 are much more likely to ‘opt out and miss out’ than their younger counterparts.

More than 28 per cent have  ‘unenrolled’ themselves.

Jones has urged the older workers to remain with the Auto Enrolment ‘plan’:

“Older workers who stay enrolled get money from their employer and tax relief,” emphasised Jones. “This can double the value of their contributions, which for many should be a no-brainer, especially compared to other saving vehicles. When they are ready to retire they can take that money as a lump sum or use it to secure an income in retirement, or both.

“What worries us is that currently around 30 per cent of workers in their 60s are opting out and missing out on a significant amount of extra money for their retirement.” 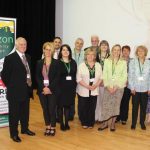 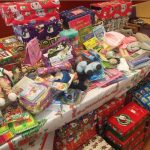