There are still some small employers that do not know their Auto Enrolment enrolment staging date.

That is the worrying news from the latest research carried out by The Pensions Regulator (TPR).

Four in five (83%) small to medium employers – those with between 50 and 89 workers who will stage from July 2014 onwards – know when their duties take effect.

However, this dropped to 47% for small employers (five to 49 employees) and 25% for micro employers.

A minority of employers of all sizes surveyed knew they had to register their scheme with The Pension Regulator in order to remain compliant.

Just 38% of smaller medium employers were aware of this.

The Regulator has urged businesses to ensure they fully understand their legal responsibilities, as the number of small and medium-sized enterprises (SMEs) due to stage increases rapidly this year.

Charles Counsell, the TPR’s executive director for Auto Enrolment, said: “Most medium employers due to auto-enrol between July and early 2015 know about the changes in the broadest sense, but many still haven’t considered exactly what they will need to do and by when.

“It really is time to act. Too many employers still think they can leave it as late as possible and don’t understand the actions they need to take.”

The research carried out by the Regulator also revealed that smaller medium businesses had significantly lower understanding of Auto Enrolment compared to large employers at a similar distance from their staging dates (67% compared to 82%).

The proportion of small employers that understand the reforms did jump 10 percentage points, but only to 50%, while the level of understanding among micro employers remained similar to last year’s (35%).

Four out of 10 employers (38%) staging between July 2014 and March 2015 knew scheme registration was required under AE law. Just 16% of small employers and 5% of micro businesses knew this. 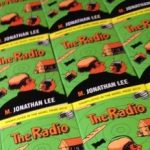 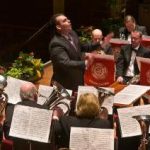