UK property sales were 19% higher in March than the same month a year ago, according to HM Revenue and Customs (HMRC).

There were 94,080 transactions in the UK during March – higher than February – as buyers appear to be returning to the housing market with a renewed appetite.

The first months of a new year are generally a slow period for sales, yet the seasonally-adjusted data published by HMRC suggests that the first three months of 2014 was the busiest since early 2008.

However, sales still remain significantly below the levels seen during the housing boom – and there are some that suggest the demand, coupled with a shortage of homes on the market, have led to the rising prices.

Changes to UK mortgage rules come into force on Saturday, April 26, under what is known as the Mortgage Market Review (MMR) – and could reduce some demand from buyers who may find that an application takes longer to process, or a home loan becomes harder to secure.

The rules, which have already been implemented by many lenders, are aimed at reducing the likelihood of excessive borrowing.

The changes, implemented by the city regulator the Financial Conduct Authority (FCA), are designed to ensure people only take out a mortgage they can afford, and to prevent a recurrence of the irresponsible lending practices of the past.

Under the new rules, the majority of mortgages will be offered with advice, with a few minor exceptions such as sales to mortgage professionals and ‘high net worth’ borrowers who have an annual income of more than £300,000 or more than £3m in net assets.

Deals that were previously available as non-advised or self-service will only be accessible to you through an adviser.

You will need to provide more detail about your income. Lenders will now be forced to look at your income and expenditure in forensic detail. This means you will have to provide more evidence than before, including six months’ worth of payslips, or three years of bank statements if you are self-employed, and evidence of any bonuses.

Your outgoings will also be heavily scrutinised. While the details required will vary between lenders, you could be asked to reveal what you spend on food, gas and electricity, council tax, leisure, clothes, childcare and credit cards.

As lenders will have to find out more about your personal circumstance before deciding which product suits you best, your mortgage interview is likely to take longer.

Lenders will not just be focusing on new home buyers, they will also scrutinise remortgage borrowers, people moving to a new home and those transferring a loan to a new property. 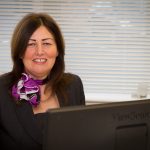 Lifetimer Tracy receives thank-you card after coming up trumps for her client!