More than one in four people in the United Kingdom over the age of 55 now believe they will never be able to fully retire – for fear of running out of money.

That’s according to research carried out by retirement specialist Key Retirement.

In a survey of more than 3,000 UK adults, 28 per cent of those who are working and over the age of 55 said they will never be able to give up work completely.

One in 10 also stated they will continue working full-time as long as they are able.

Of those 55 and above who are still in work, about three-quarters said they are still working because they fear running out of money.

Dean Mirfin, group director at Key Retirement, said: ‘It is striking to find so many over-55s do not believe they will ever be able to afford to retire.

“It paints a worrying picture of the current state of retirement.

“Of course, many of those planning to work until they drop may be entirely happy about it. But the other side of the coin is that millions are worried about having enough money to survive in retirement and that is a major factor in staying in work. Even those who plan to retire are not entirely certain when they can afford to.” 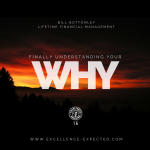 Lifetime director Bill explains his ‘why’ on business podcast