Savers have invested more in regular income products than just taking cash since the pension freedoms came into force in April.

That’s according to the Association of British Insurers (ABI).

The ABI have stated that during April, May and June of this year, around £1.3bn was extracted in cash lump sums, with an average payment size of just under £15,000, whereas £2.3bn has been used to buy income products, of which £1.3bn was put into income drawdown, surpassing £990m invested in annuities.

The average pot size for drawdown was £68k and for annuities just over £55.6k.

The Director for long terms savings policy, Dr Yvonne Braun, said the figures indicate “how well” pension providers have adapted to the new pension freedoms – and also how popular the reforms have so far proved to be among savers.

She went on: “Working out how we pay for our growing life expectancy is a vital issue for the UK.

“The pension freedoms should be able to play an important role in helping retirees shape their income to suit their financial needs over the rest of their lives.

“However, people will only be able to benefit fully if they have been able to build up enough in savings during their working lives.

The full figures from the ABI:

Amount paid to customers in three months since April:

• 45% of customers buying an annuity changed provider. For income drawdown purchases, this figure is 55%. 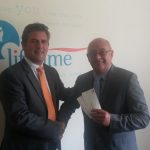