Philip Hammond today delivered his first Autumn Statement as the Conservative Government’s Chancellor of the Exchequer – and there were a number of key issues surrounding taxation and pay.

The Chancellor also stated that the higher rate income tax threshold will rise to £50,000 by the end of the Parliament.

Hammond’s other key taxation/pay announcements were: 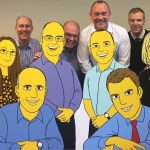 Lifetime’s Pension Professionals stand out from the rest!