Have you the biggest of Monday blues – or are you upbeat for the year ahead?

Home / News / Have you the biggest of Monday blues – or are you upbeat for the year ahead?

Have you the biggest of Monday blues – or are you upbeat for the year ahead?

Today is – according to research – the most depressing day of the year. And we are only six days into 2014!

A UK study has found the first Monday back at work after Christmas and the New Year is the saddest on the calendar.

The research is taken from a tool called the Upbeat Barometer, which measures a random sample of tweets every day and comes up with a value on the so-called happiness index between 0 and 100.

The happiest days of the year are, understandably, Christmas Eve and Christmas Day, with a staggering score of 100 on the happiness index.

Yet the first work day in January has the lowest happiness score of the whole year – a sad 49.

According to the analysis, we are complaining a lack of sleep; an inability to stick to our New Year’s resolutions; and guilt for all that bad food and drink we consumed over the holidays. So, did you come crashing down with a thud this morning?

But in reality, should we be so down in the dumps just because the Christmas and New Year festivities are over and we go back to work? Should we not, instead, be looking forward to a possible enterprising and exciting 12 months ahead? And surely there are people out there who have much, much more to worry about than just returning to work for the first time after a festive break – people who have lost loved ones; who are battling the high tides and flooding; or having to deal with the snow-laden arctic vortex?!

Here at Lifetime we are not ‘down in the dumps’. We are bright and breezy in appearance, and looking forward to breaking new ground, meeting new people, and generally having a fantastic 2014.

We believe that happiness in the workplace leads to better, more fulfilling lkives – and better productivity.

That’s why we just love this terrific TED talk that we came across from Shawn Achor: http://www.ted.com/talks/shawn_achor_the_happy_secret_to_better_work.html 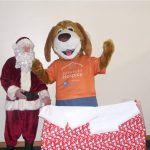 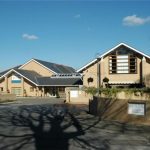 An extra Christmas present – as Lifetimers raise over £100 for hospice