Brothers Ben and Nick Wright, both in their 20s, have been full-time carers for their father for the last seven years.

Dad Tom Wright was just 56 when he was diagnosed with dementia; his sons were just 15 and 20 respectively.

In February of this year Ben and Nick told BBC Radio 5Live about the strain caring for their father had taken on them. Effectively they’d both put their lives on hold to look after him. And they admitted they were agonising with a decision about whether to put their father into long term care.

Ben and Nick eventually decided they would like their father to receive some long-term care.

They fought for a place at a care home in Manchester – and the moment they were given the news they’d been waiting to hear proved to be riveting radio! Have a listen….. 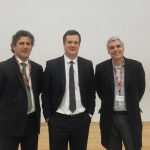 Brothers’ tale over long term care for their father proves to be riveting radio!