The Chancellor George Osborne announced far-reaching reforms to pensions in his fifth Budget speech – and said  “no-one will have to buy an annuity” in the future.

Osborne also stated that limits on income drawdown and flexible drawdown would be reduced and trust would be handed over to savers.

“Each and every DC [defined contribution] saver would get free impartial advice on how to get the most of their pension,” vowed Osborne.

The Chancellor said that 13 million DC savers were currently railroaded towards buying an annuity but this would end.

“Tax rules around these pensions suggest pensioners can’t be trusted with their own pension pots. I reject this view,” he said.

Tax charges on lump sums will also be radically changed.

At present people can take a quarter of their retirement pot free of taxation, but if they want to take more it is subject to a 55% tax charge.

However, Osborne said this will now be reduced to a ‘normal tax’ of 20% for most pensioners. 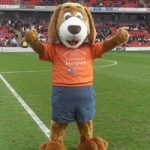