Corey is committed to creating a cashflow financial model for Lifetime customers. He is in the early stages of his working journey but is determined to work hard to achieve his career goals.

Before joining Lifetime Corey worked as an apprentice butcher but he always knew that his real passion was helping other people, especially with their financial situation.

When he’s not at work, Corey likes spending time with his family. His evenings consist of relaxing with them, or watching new and old films and TV shows. His favourites are British comedies and interesting documentaries.

He is a Barnsley FC season ticket holder and says he will be for as long as he lives! ‘Come on you Reds’ is his favourite saying! Corey likes to go to both home and away fixtures, and has travelled all around the country, and even abroad, to cheer on his team. Matchdays at the pub with his friends are always great but Corey also loves to spend time with his ‘other half’. Meals out to their favourite restaurants are a nice way to round off the hard-working weeks.

Homemade Sunday dinner is his favourite meal and it is guaranteed to be on the table every single week! Rounding that off with the Sunday football fixtures and Corey says he’s rested and ready for the following week’s work!

Corey has simple goals in life, such as to have a big family in a modern house, with some farmland. He says this would be where he could grow his own plants and food as a hobby and potential retirement plan.

He says he would really enjoy growing his own produce. It would save money, but also give him the feeling of being somewhat self-sustained. 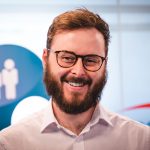 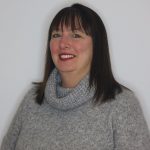