Andy has spent the majority of his working life in the travel industry, which allowed a passion for travel to turn into a career that spanned 25 years.

He says that what kept him in travel was the ability to ‘make dreams come true’. He admits to that being ‘a bit cheesy’, but says that selling dreams is more rewarding than anything else and that’s what brought him to Lifetime.

Andy goes on to say that ‘the dreams Lifetime help people achieve are for much longer than two weeks; they are for the best years of a person’s life’. He admits that having the opportunity to play a part in that is really exciting.

Not surprisingly, outside of work Andy’s passion is travel, but family is what he puts above all else. He has a little boy who keeps him ‘fit and young’ – as he tries to keep up with him and all his hobbies, from golf to playing drums and everything in between! Andy also has a ‘beautiful wife’ who keeps him on his toes and he says he wouldn’t change it for the world!

Andy also tries to keep himself busy with DIY projects and he loves to scuba dive when in sunny destinations, but the ultimate project he wants to take on (when he has time!) is to restore a classic car to its former glory. 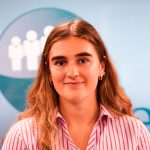 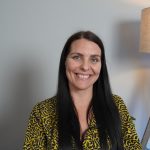