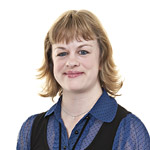 When I found out I had been chosen for my own Desert Island Discs my response was ‘Oh No’!

That’s because although I have been thinking about my choices for a few weeks (just in case my name was drawn out of the hat), my taste in music is very varied and I like a little bit of just about everything.

So trying to narrow it down to just eight tracks was tricky. Anyway, I have decided to choose the songs that I like to sing to very loudly (usually in the car so no-one else has to hear!) and these are the songs that I am still happy to listen to over and over again.

Disc One: More Than Words – Extreme

With some songs I have to hear them a few times before I really like them but this one I loved from the first time I heard it.

The late, great Robin Williams dancing on the table in the Mrs Doubtfire film! That was how I first heard this song and with some searching around HMV I found an imported CD single of it before it was all over the UK.  I still don’t know all the words, so I just make up the ones I’m not sure of!

I have liked Madonna’s music for as long as I can remember. True Blue was on one of my first mix tapes that my sister made for me when I was about six or seven-years-old (proper 80’s kid with a mix tape!!).

Disc Four: I Guess That’s Why They Call It The Blues – Elton John

The music I like which has been influenced by my mum and dad includes Rock n Roll, Sixties, Queen, Abba, The Beatles, but I have chosen this one as this is the song I sing to in the car if I’m feeling a bit fed up.  It sorts it out.

I have also liked Bon Jovi since I was young and it was between this and Keep the Faith to make it onto the list, but the intro to Bad Medicine is just brilliant.

Disc Six: I Wish I Was a Punk Rocker – Sandi Thom

This is another of those songs which I liked straight away.  I have actually given myself a sore throat singing to this, oooops!

This takes me back to being a teenager. I just love it! My eldest niece and nephew will appreciate this being on the list as we all used to listen to this when we were younger.

Disc Eight: Half the World Away – Oasis

There are quite a few Oasis songs which I would like on the list (Don’t Look Back in Anger was a close second) but this is the song which introduced me to Oasis from hearing it as the theme tune to The Royle Family.

My favourite book of all time……. 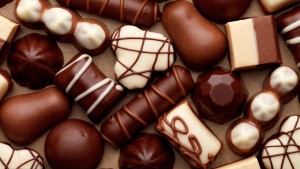 Chocolate – and lots of it! It’s needed when reading Charlie & The Chocolate Factory….. 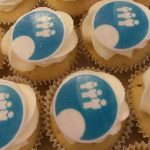 Lifetime ladies, pop-up banners, buns, a Yorkshire Hamper and a bucket at Be Inspired event! 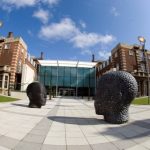 Lifetime director tells Hull University students about ‘the best job in the world’!