That’s according to the latest research from Lloyds Bank’s Commercial Banking arm.

Ninety per cent of those surveyed said they felt more optimistic about their future expansion prospects now compared to this time last year – and suggested the region could benefit from an uplift in business confidence next year.

And, vitally, three-quarters of respondents also said that they plan to invest in growth opportunities next year, using their existing cash reserves or by securing new sources of finance.

More than 350 business leaders based in Yorkshire attended.

The research also revealed that the majority of businesses believe they are actually now stronger as a result of the recession, with 83% stating that the challenging economic environment has made them more lean and efficient.

Meanwhile, attracting and retaining talent was identified by attendees as a key challenge for the future.

Seventy-six per cent felt that a skills shortage could hinder the region’s economic recovery in 2014.

Stephen Harris, area director for Lloyds Bank Commercial Banking in North, East and West Yorkshire, said: “The results show that after several years of caution, businesses are beginning to feel more confident and optimistic about their future trading prospects.

“The fact that the vast majority of leaders polled said that they are planning to invest for growth next year is a clear sign of intent and should act as a catalyst for the region’s economic revival.” 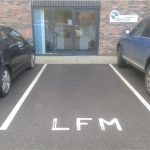