More women need to take financial advice on their pension pots after the government’s changes come into force next year.

That is one of the findings from a survey carried out by technology specialist Selectapension, which found that in 2014 men made up 73 per cent of an adviser’s pension review activity.

Only 27 per cent of all 22-29 year old clients were women the survey found.

Selectapension MD Andy McCabe said: “Auto Enrolment made an immediate impact last year, particularly among younger savers, as many would have been exposed to the concept of retirement saving for the very first time.

“However, young male pension savers seem to be more active in seeking out a financial adviser. With so many changes to pensions coming into force in April next year, it is likely that more women will start to actively seek advice on their pension pots.” 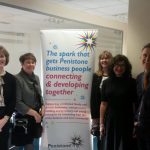