What do you have to kick-start your working day?

Home / News / What do you have to kick-start your working day?

What do you have to kick-start your working day?

What do you have to kick-start your ‘productive day’?

If you had to name your number one breakfast what would you plump for?

Well, according to new research half of us are confirmed ‘porridge eaters’!

There are certainly plenty of people here at Lifetime who like to start their day with a bowl of porridge, especially now that the year draws on, and the mornings are darker.

Now it is widely known that the slang term for a prison sentence is ‘porridge’ – and for many years the dish of simmered oats in milk or water had a reputation for asceticism to rival Wormwood Scrubs or Strangeways!

It even emerged as a nighmarish vision forgenerations of British schoolboys!

But now the dish that for years and years drove the dogged Scotish crofter all the way through from sunrise to sunset has become a food favourite.

According to research by Mintel, nearly one in two Britons (49 per cent) are porridge eaters, with a quarter of the population treating themselves to a bowl of the stuff nearly every day.

Sales of hot cereals – which is a sector largely comprised of porridge – almost doubled between 2008 and 2013, reaching a whopping £214 million.

And that remarkable growth was driven largely by oat-hungry 16 to 24-year-olds! Mintel’s research showed that 39 per cent of that age group now eat porridge. 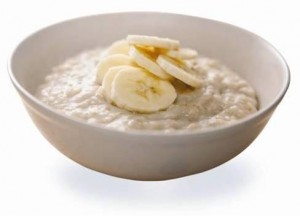 Jeya Henry, professor of nutrition at Oxford Brookes University, points to three health benefits in particular. Porridge contains a considerable amount of fibre, both soluble and insoluble, which is good for digestion. It is also low in GI, so you feel fuller for longer.

And the professor also points out that porridge has been shown to reduce cholesterol.

“I would recommend it as a breakfast cereal,” says Henry. “The only caveat is lots of us use the instant, ‘just add water’ stuff, which is high in GI because it has been ‘instantised’, so pre-processed, and is consequently higher in GI. But even then, though, it is better than many breakfast foods and certainly better than none at all.”

According to The Grocer magazine, 138,000 hectares of Britain have been turned over to oat production this year. This is roughly 50 per cent more than last year and farmers expect a yield of nearly 100 million tonnes.

Sixty-one per cent of UK adults do not have a current will suggests research. Reason? ‘Just not got round to it’