We have all encountered times in our lives where something ‘pops up’ that takes our breath away in astonishment, leaving us to shake our heads (or rub our eyes) in disbelief.

Lifetimers Bill and Andrew were subjected to one of those moments on Monday. They had been involved in a meeting and the animated film ‘Who Framed Roger Rabbit?’ cropped up in the conversation (we know…..strange conversation and all that….!)

Lo and behold, just an hour or two later, when looking through Lifetime’s Twitter feed (@LifetimeFM), what should show up but a little icon featuring the ‘character/femme fatale’ from that very same film, Jessica Rabbit! Eerie stuff……!!

But that was perhaps nothing compared to a story that came to us via another Lifetimer, our Sales Director Brian.

He and his wife Sue, along with two other couples, had gone for a short break in London (last weekend). Brian and Sue spent one afternoon seeing a show; another couple did the same, albeit a different offering; while the third couple opted to do a bit of shopping and go to the cinema.

That ‘cinema’ decision had been mostly inspired by Brian saying that he’d been to watch ‘One Chance’, the film about Britain’s Got Talent winner Paul Potts (starring James Corden). Brian was very complimentary about it – and commented on the bit in the film where Potts (aka Corden) was knocked off his bike.

So, off Brian’s friends popped to the cinema. They too loved the film and afterwards went for a coffee, where they got chatting with someone on the next table. Brian’s chum could not stop talking about the film, and the unknown lady across from him smiled, said she had not seen the film herself, but then came out with: “What about the moment when Paul Potts is knocked off his bike? That’s one of the best bits in the whole thing don’t you think……?”

Turns out that the lady who Brian’s friend had struck up a conversation was only the very actress who had knocked Corden’s Paul Potts character off his bike!!

There have been other incredible, more high profile, real-life coincidences……

Dorothy Fletcher of Liverpool had a heart attack on a transatlantic flight. Not the ideal place to suddenly suffer something like that, unless 15 of your fellow passengers are cardiologists on their way to a conference!

Mrs Fletcher was flying from Manchester to Florida for her daughter’s wedding in November 2003 when disaster struck. The stewards put out an urgent appeal for any doctors on board to make themselves known.

“I couldn’t believe what happened,” Mrs Fletcher recalled. “All these people came rushing down the aircraft towards me.”

The cardiologists were able to keep her stable while the plane was diverted to North Carolina and she even made it to the wedding!

And what about Hollywood superstar Brad Pitt, who ruptured his Achilles tendon…….while playing the mythical Greek hero Achilles in the film Troy!

When it comes to strange coincidences between two lives, identical twins have rather an unfair advantage. Nonetheless, certain pairs seem prone to eerier synchronisation than others.

Take Lorraine and Levinia Christmas of Norfolk who both on the spur of the moment decided to drive to one another’s houses to deliver presents on Christmas Eve 1994.

The country road between their villages was precariously icy and both sisters were involved in a head-on crash – with each other.

They ultimately spent Christmas in the same hospital as their father – Father Christmas – who was recovering from surgery.

And this Friday will see the 50th anniversary of the assassination of United States president JF Kennedy.

Back on the morning of November 22, 1963, Jackie Kennedy was unnerved by a full page ad placed in the Dallas Morning News – not so much because it accused the president of being a communist sympathiser but rather because it had a black border and resembled a death notice.

JFK tried to comfort her with the words: “We’re heading to nut country today. But, Jackie, if somebody wants to shoot me from a window with a rifle nobody can stop it so why worry about it?”

A woman in Gwent who had spent years trying to track down her long-lost brother was amazed when she discovered he actually lived across the road from her house!

Rose Davies had been raised by foster parents and only later been told that she had three brothers.

Sid and John had been relatively easy to find but there was no trace of Chris.

Little did she know that she had already befriended him and his family, as they lived just across from her

“I’d only known them for three months,” she commented, “but I thought they were very nice!” 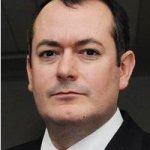