Home / News / The opportunity to ‘switch annuities’ and shop around; good or bad proposal?

The annuity market, which millions of Britons rely on for income in old age, isn’t working.

Well, that’s the view of many people, including the government’s pensions minister Steve Webb, who says that the opportunity to ‘switch annuities’ – so that pensioners will be able to shop around and change annuities in the same way that homeowners switch their mortgage every few years – could be the answer.

Recent reports have stated that returns are falling fast and many of us are failing to find the best deal and potentially missing out on tens of thousands of pounds.

And the Association for British Insurers recently revealed that 52.1 per cent of people who bought an annuity in 2013 had not taken advice.

At first glance, giving consumers more flexibility is a positive move, not least because retirement incomes today are a lottery and can differ by 15 to 20 per cent or more depending on which provider is chosen. However, some pension analysts have been quick to point out that when you take switching annuities to its logical conclusion there are many other problems that could arise.

Tom McPhail, head of pensions at Hargreaves Lansdown, said: “I’m not sure that switchable annuities will ever actually get off the ground. We already have to work really hard to get people engaged with shopping around once let alone repeatedly if they are going to switch every few years”.

“An even bigger issue is whether we can really expect insurance companies to offer annuities that will last for a lifetime if there is a caveat enabling annuitants to switch at any time. The natural outcome is that insurers would be more likely to reduce rates to reflect the added risk that they could lose the money at any point if their customers want to switch away.”

People can currently buy fixed-term annuities that enable them to benefit from improving annuity rates further down the line and they can also use a combination of fixed-term annuities, income drawdown and phased retirement plans to run ‘mixed’ pension arrangements with some annual income through their annuity and the rest of their savings invested – another suggestion from Mr Webb.

One of the easiest ways people can immediately boost their retirement income is to shop around.

Pensioners can also consider alternatives to annuities, like deferring buying an annuity and going into drawdown which is becoming increasingly popular. 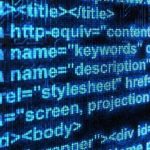