Home / Blog / The ‘Helpers’ who turn out not to help your investment returns!

You’ve heard the saying ‘too many cooks spoil the broth’…….

Well, according to the ‘sage of Omaha’, Berkshire Hathaway CEO Warren Buffett, too many ‘helpers’ can affect your investment returns.

Buffett has a phenomenal – and deserved – reputation as arguably the world’s finest ever investor, with a long-term outlook that has served him so well over the years.

A hero to many who eschew the philosophy of passive investments, Buffett introduced the ficticious ‘Gotrocks’ family back in 2005, in Berkshire Hathaway’s letter to its shareholders.

In the letter, the wily old investor introduced the ‘Gotrocks’ family as 100% owners of corporate America. He then proceeds to explain how the financial services industry damages the growth of this family’s wealth, through unproductive fees and expenses.

He goes on to encourage the Gotrocks to eschew such assistance and passively own corporate America.

The implication is carried forward, for example by Vanguard’s John Bogle (see here: http://www.vanguard.com/bogle_site/sp20071114.html), to suggest passive investment can save the Gotrocks from the financial services industry’s “helpers”.

Here is the ‘Gotrocks family’ story, as told in Buffet and Berkshire Hathaway’s much-admired and widely-reported letter:

“Owners must earn less than their businesses earn because of “frictional” costs, but these costs are now being incurred in amounts that will cause shareholders to earn far less than they historically have.

“To understand how this toll has ballooned, imagine for a moment that all American corporations are, and always will be, owned by a single family. We’ll call them the Gotrocks. After paying taxes on dividends, this family — generation after generation — becomes richer by the aggregate amount earned by its companies.

“Today that amount is about $700 billion annually. Naturally, the family spends some of these dollars. But the portion it saves steadily compounds for its benefit.

“In the Gotrocks household everyone grows wealthier at the same pace, and all is harmonious.

“But let’s now assume that a few fast-talking ‘Helpers’ approach the family and persuade each of its members to try to outsmart his relatives by buying certain of their holdings and selling them certain others.

“The Helpers – for a fee, of course – obligingly agree to handle these transactions. The Gotrocks still own all of corporate America; the trades just rearrange who owns what.

“So the family’s annual gain in wealth diminishes, equaling the earnings of American business minus commissions paid. The more that family members trade, the smaller their share of the pie and the larger the slice received by the Helpers. This fact is not lost upon these broker-Helpers: Activity is their friend, and in a wide variety of ways, they urge it on.

“After a while, most of the family members realise that they are not doing so well at this new “beat my brother” game. Enter another set of Helpers. These newcomers explain to each member of the Gotrocks clan that by himself he’ll never outsmart the rest of the family. The suggested cure: “Hire a manager – yes, us – and get the job done professionally.”

“These manager-Helpers continue to use the broker-Helpers to execute trades; the managers may even increase their activity so as to permit the brokers to prosper still more. Overall, a bigger slice of the pie now goes to the two classes of Helpers.

“The family’s disappointment grows. Each of its members is now employing professionals. Yet overall, the group’s finances have taken a turn for the worse.

“The solution? More help, of course!

“It arrives in the form of financial planners and institutional consultants, who weigh in to advise the Gotrocks on selecting manager-Helpers. The befuddled family welcomes this assistance. By now its members know they can pick neither the right stocks nor the right stock pickers. Why, one might ask, should they expect success in picking the right consultant? But this question does not occur to the Gotrocks, and the consultant-Helpers certainly don’t suggest it to them.

“The Gotrocks, now supporting three classes of expensive Helpers, find that their results get worse, and they sink into despair. But just as hope seems lost, a fourth group – we’ll call them the hyper-Helpers – appears. These friendly folk explain to the Gotrocks that their unsatisfactory results are occurring because the existing Helpers – brokers, managers, consultants – are not sufficiently motivated and are simply going through the motions. “What,” the new Helpers ask, “can you expect from such a bunch of zombies?”

“The new arrivals offer a breathtakingly simple solution: Pay more money. Brimming with self-confidence, the hyper-Helpers assert that huge contingent payments — in addition to stiff fixed fees — are what each family member must fork over in order to really outmaneuver his relatives.

“The more observant members of the family see that some of the hyper-Helpers are really just manager Helpers wearing new uniforms, bearing sewn-on sexy names like Hedge Fund or Private Equity. The new Helpers, however, assure the Gotrocks that this change of clothing is all-important, bestowing on its wearers magical powers similar to those acquired by mild-mannered Clark Kent when he changed into his Superman costume. Calmed by this explanation, the family decides to pay up.

“And that’s where we are today: A record portion of the earnings that would go in their entirety to owners – if they all just stayed in their rocking chairs – is now going to a swelling army of Helpers.

“A sufficient number of arrangements like this – heads, the Helper takes much of the winnings; tails, the Gotrocks lose and pay dearly for the privilege of doing so – may make it more accurate to call the family the Hadrocks. Today, in fact, the family’s frictional costs of all sorts may well amount to 20 percent of the earnings of American business.

“In other words, the burden of paying Helpers may cause American equity investors, overall, to earn only 80 percent or so of what they would earn if they just sat still and listened to no-one.

“Long ago, Sir Isaac Newton gave us three laws of motion, which were the work of genius. But Sir Isaac’s talents didn’t extend to investing: He lost a bundle in the South Sea Bubble, explaining later, “I can calculate the movement of the stars, but not the madness of men.” If he had not been traumatized by this loss, Sir Isaac might well have gone on to discover the fourth law of motion: For investors as a whole, returns decrease as motion increases.” 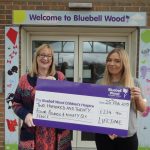