The Government’s Autumn Statement – what does it all mean?

Home / Blog / The Government’s Autumn Statement – what does it all mean?

The Government’s Autumn Statement – what does it all mean?

The cost of living is soaring at its fastest rate for 40 years.

The latest official figures for the cost of living showed that the annual inflation rate jumped to a 41-year high of 11.1% last month, in large part due to a 90% increase in domestic energy bills and rising food prices.

In his Autumn Statement to the House of Commons on Thursday, the Chancellor of the Exchequer Jeremy Hunt acknowledged that the UK was in recession.

However, the Chancellor said the plan he had unveiled to fellow MPs would ‘help rebuild the economy and reduce debt’.

There was certainly a lot in his speech that will affect the money in people’s pockets, ranging from a whole new set of cost of living payments, to changes in allowances before you pay various taxes, such as income tax.

Benefits and the state pension will rise in April in line with inflation – a 10.1% increase that reflects the higher prices people are paying now. However, the government’s official forecaster intimated that living standards has dropped this year to a level not seen since the 1950s.

So just what were the main takeaways from Mr Hunt’s statement, and how do they affect the general public?

The Chancellor said that help for soaring energy bills will be extended from April 2023, but NOT at the same levels.

As expected, Mr Hunt revealed that the Energy Price Guarantee (the maximum price you can be charged for each unit of energy you use) will remain in place – but be raised from April 2023 to £3,000.

Currently a household using a typical amount of gas and electricity is expected to pay £2,500 annually (that’s with rates having been capped at 10.30p per kWh for gas and 34.00p per kWh for electricity).

The Chancellor also stated that cost of living payments will be back next year, but this time not to everyone. The payments are being restricted to those people on benefits (£900, up from £650 this year), state pensioners (kept the same at £300) and those on disabilities (kept the same at £150).

Having heard the Chancellor’s comments, Consumer champion Martin Lewis issued a tweet, saying: “This winter: £2,500/year – take away £400 universal cost of living payment equals £2,100 in bills. Next winter (unless big drop in wholesale prices): £3,000/year (and no universal payment) so 41% higher.”

The State Pension, benefits and tax credits (known as the Triple Lock) will rise by 10.1% from April 2023, in line with inflation.

Millions of people in the UK face paying more in tax if their income increases.

The Chancellor announced that from April 2023 the 45p top rate of tax in England, Wales and Northern Ireland (Scotland sets its own band and rates) will be paid on earnings above £125,140, instead of the current threshold of £150,000.

That means that the new thresholds for the other tax bands look as follows:

Also, the main National Insurance and Inheritance Tax thresholds will be frozen for a further two years, and will now run until April 2028.

The key personal questions to take from all this new information are:

If you don’t know what it all means for you and your finances then Lifetime can help. Our financial wellbeing programme offers education, guidance, support and knowledge.

Regardless of personal wealth, the question Lifetime’s coaches and financial specialists get asked most frequently is some version of: “Will I be ok? Do I have enough?”. It can cause all sorts of worry if you don’t know the answer. We want to help you get a better picture of your financial health, so that you can make better informed money choices. 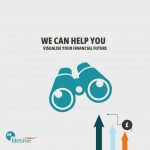