Almost one in five people (19%) never access information about their pensions.

That is according to a survey carried out by Populus for the ABI.

The survey, which was undertaken in November 2019, covered 2,008 consumers. It found that many people were in the dark about their pension pots – and could potentially miss out on the sort of retirement they crave.

The ABI says the planned Pensions Dashboard will be critical to engaging people with their pensions and improving this figure. The Pensions Schemes Bill, which will include the dashboard initiative among other measures, is currently making its way through the Committee Stage in the House of Lords.

The study also found that how people access information about their pensions varied quite noticeably according to age groups, as revealed below:

A real concern emerging from the survey is that about one in five adults admitted to having lost a pension pot – and research by the Pensions Policy Institute (PPI) suggests these are worth at least £19.4 billion. 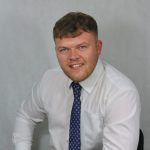 Miles all smiles as he completes Diploma in Regulated Financial Planning! 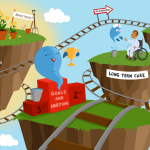