Survey suggests 20% of working adults still have no pension savings

Survey suggests 20% of working adults still have no pension savings

A survey of 2,000 workers across the United Kingdom has revealed that one in five people still have no pension savings.

And, according to autoenrolment.co.uk, the survey showed that of those people that have saved for retirement, only 25% know just how much cash is going into their pension pot every month.

Another one in four people have no idea how much they have already saved.

The survey also suggested that average age people start saving into a pension is 27, while five per cent of respondents avoided or were simply unable to make payments until their 40s. 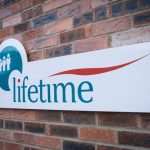