The Sheffield Wednesday and Barnsley supporters in the Lifetime office may well refer to the opening two weeks of this new football campaign as the ‘silly season’ – with results certainly not going to plan ‘early doors’!

But the ‘silly season’ has long been defined as the time of year, usually through midsummer or during a holiday period, which is characterised by silly news stories, frivolous pictures and, quite often, outlandish publicity stunts.

The term ‘silly season’ dates back to the 19th century and is officially defined as “that part of the year when Parliament and law courts are not sitting”.

So, with all the so-called decision makers on holiday, those journalists that are asked to serve up the news are often left scratching around for quantity if not quality – in order to fill their webpages, newspapers and news bulletins.

In Germany they apparently call it Sommerloch, the news hole; in France, la morte-saison, the ‘dead season’ and in the good old USA they call it, rather less imaginatively, the ‘slow news’ season.

Over the years there has been some ‘classic’ silly season stories.

One of the most fondly remembered is a tale of derring-do – the daring escape of the ‘Tamworth Two’!

They were piglets (pictured below) who ‘escaped’ from an abattoir one August back in the 1990s. 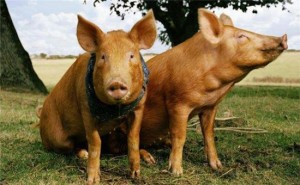 Their break-out gained plenty of column inches in the national press of national coverage – including maps of their ‘escape route’ across a two-page spread.

In the end, the Daily Mail bought the pigs to save their bacon!!

The Sun keep up with a cracker, with their warning to the public to ‘look out for the killer chipmunks.’

A month went by…..no attacks…..it was in fact the story that died a quick death…….

In local circles a funny-shaped vegetable often proved to be front-page headline news (see below). 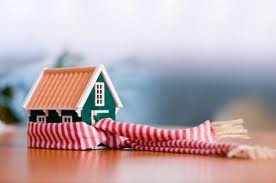 And one year in the not-to-distant past there was the ‘Barnsley shark’ – where a dead ‘shark’ was found by dog walker near the River Dearne in Barnsley, 60 miles from the sea.

In football, there are plenty of ‘silly season’ transfer rumours. This year has been the will-he, won’t-he move of Gareth Bale to Real Madrid, and Cristiano Ronaldo’s hinted-at return to English shores with Manchester United. Wayne Rooney has also been hitting the headlines, with rumour and counter-rumour battling it out for top spot seemingly every day……

June, July and August are the three months that are often rife for ‘silly season’ stories. They make us smile while we prepare to get back into the serious stuff………