Stories have such power…..

Home / News / Stories have such power…..

Stories have such power…..

There are stories everywhere. On TV there are soap stories, films, dramas and news bulletins.

There are newspapers and magazines full of stories, true or fiction.

Online news is widely available, many accompanied by videos and blogs.

There are countless novels and short stories in bookshops. The e-book market is expanding.

People love stories. They love reading them, and regaling them.

‘I was in town today and you’ll never guess what.…’

Storytelling is one of the oldest arts in human history, and it has the immense power to cross any border, to bridge any sea, and to resonate across the years.

A beautifully told story can transcend barriers of language and culture, and live on in people’s minds, preserved not only those memories we duly create but by whatever technological means are available.

But during our hunting-and-gathering past, why would we take the time to sit and listen to someone tell a story?

And why does the modern person take time away from a busy lifestyle, from career and family, for novels and films?

Perhaps it is our emotions that play the biggest role.

Lifetime’s Communications Director Bill Bottomley certainly likes a good story – and after ‘rolling back the years’ listening to John Parr’s 1985 number one smash ‘St Elmo’s Fire (Man in Motion) he was intrigued to subsequently learn the ‘story’ behind the song. 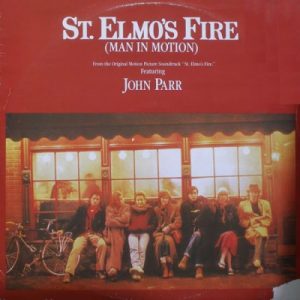 Yet the song is actually in honour of wheelchair athlete and activist Rick Hansen, who at the time was going around the world in his wheelchair to raise awareness for spinal cord injuries.

A celebrated athlete, and a man dedicated to making a difference, Hansen is best known as Canada’s ‘Man In Motion’.

At the age of 15, he sustained a spinal cord injury (SCI) in a car crash. Paralysed from the waist down, he slowly came to terms with how to deal with his new life, setting new goals from new dreams.

After months of rehabilitation, Hansen returned to his first passion: sport.

Fuelled by his mantra ‘anything is possible’, he went on to win 19 international wheelchair marathons, including six medals as a Paralympian.

Inspired by the dream of a world accessible and inclusive for all, and a passion to make a difference in the lives of others, Rick set out on a journey, his legendary ‘Man In Motion World Tour’.

On March 21, 1985, Hansen wheeled more than 40,000km through 34 countries, and raised a whopping $26 million for SCI research and quality of life programmes. More importantly was the collective shift in consciousness in the belief of the potential of people with disabilities when barriers are removed.

A recipient of the Companion Order of Canada and the Order of British Columbia, Hansen had a far reaching impact on the sporting world. He chaired the Commission for the Inclusion of Athletes with Disabilities, a special committee of the International Paralympic Committee, and was successful in creating full medal status for Commonwealth Games athletes.

He was named ‘Athlete of the Century’ by British Columbia Wheelchair Sport in 1980.

It is now over 25 years since Hansen embarked on his Man In Motion World Tour, but he is adamant that his ‘journey’ continues today. His passion and commitment to making an extraordinary difference in the lives of others continues.

So now, when you hear a Sheffield musician belt out the lyrics to ‘St Elmo’s Fire’, on the radio, in a pub, or wherever, you might not think of an American 80s ‘Brat Pack’ film, but hopefully your mind may conjure up the image of a man who battled against the odds to become one of his country’s great, inspirational figures.

There are riveting stories to be found everywhere, in all walks of life.

Even in the world of finance……..

The things that rile – and wind you up!