Post-retirement life expectancy for people in the United Kingdom is now lower than previously expected, according to the Office of National Statistics (ONS).

This, according to the ONS, has signalled a decline on life expectancy trends over the past two years.

However, despite these latest post-retirement life expectancy figures, the population of the UK is still projected to continue ageing – with the number of people aged 80 and over in the UK to more than double to 6 million by mid-2037.

The long term mortality assumption for the UK projects life expectancy at birth to be 84 years for men and 87.3 years for women in 2037.

Richard Willets, director of longevity at Partnership, said: “The recent life expectancy estimates reflect the relatively high death rates we have seen during 2012 and 2013, which were attributed to influenza and low temperatures by a Public Health England Report published in August.

“Today’s ONS Population Projection effectively assumes that the stall in life expectancy improvement is a ‘blip’ and the longer term trend is unaffected.” 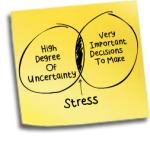 Auto Enrolment: are your clients looking to you for a solution?