More than six million workers have now been signed up automatically to a pension savings scheme.

However, fears continue to surface over just how much is being set aside for their retirement – and whether it will be enough.

The BBC report that the latest stage of the government’s Auto Enrolment programme has seen a 95% compliance rate among small businesses.

All employers will eventually need to offer pensions to anyone who is over the age of 22 and who earns more than £10,000 a year.

The introduction is a gradual process with 66% of employees now signed up.

The latter stages are widely seen as the most challenging as employees such as nannies, care workers, plumbers and bar staff are enrolled into a pension.

This means employers who only have one or two staff may need to add a pensions policy to their pay and conditions. This group represents more than a third of those who will be required to comply with the rules from now.

Employees have the option to opt out of saving.

The full Auto Enrolment roll-out is taking years to complete, but MPs and regulators have welcomed a successful take-up by workers and compliance by employers – both of whom pay into the pension pot.

Charles Counsell, executive director for Automatic Enrolment at the Pensions Regulator, told the BBC: “The compliance rates achieved have been consistently at the top of our expectations and the savings landscape has been transformed. But we know the job is not yet done and there are still significant challenges ahead.”

However, doubts have been raised over whether enough is being put into these pension pots.

There is concern that some workers may feel that the pensions box has been ticked, only later to find that their pension does not offer them the standard of living they are expecting.

New figures from the Pensions Regulator show that the average contribution from employers is 3% a year of an employee’s salary. 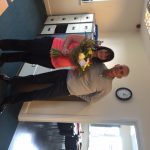 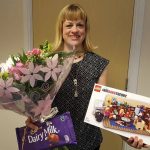