A senior member of the Royal Family has warned of the risk to future pensions.

The Prince of Wales, eldest son of the Queen, warned a National Association of Pension Funds (NAPF) conference that the focus on short-term investing was ‘unfit for purpose’.

Prince Charles had recorded his message, which also told the pensions industry they should use a longer-term investing approach, or risk a ‘miserable future’ for the next generation.

The Prince of Wales went on to say that the pensions industry was vital for the economy, ‘now and in the future’ – and that investors had a duty to manage risks from rising populations, climate change and ‘unprecedented levels’ of financial indebtedness.

“I can only urge you to deploy your considerable human ingenuity to make that innovative and imaginative leap that the world so badly needs. Otherwise your grandchildren and mine, for that matter will be consigned to an exceptionally miserable future,” added the Royal.

The NAPF responded by saying that it was ‘pleased’ to see Prince Charles ‘shining a light on these issues’.

Former pensions adviser to the government Ros Altmann agreed with the prince’s comments.

She said: “Pensions are meant to deliver long-term value. What we don’t want is to get hijacked by the short-term and sell our children’s future away.”

The government will enrol up to nine million more people in pensions during the next five years as part of Auto Enrolment. 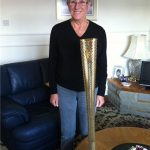