The Pensions Regulator has announced that it has started 89 investigations into employers over suspected Automatic Enrolment non-compliance.

The Auto Enrolment system was launched for the UK’s largest employers in October 2012 – and goes on to affect medium and small firms between now and 2018.

It requires companies to set up a pension scheme for their employees in line with rules laid out by the government.

Employers must contribute to the scheme, but it is left up to the employee as to whether they want to opt out.

Figures from The Pensions Regulator, which is responsible for monitoring workplace pensions, says 1,153 major employers have registered an Auto Enrolment scheme so far, while 8% face questioning over possible non-compliance.

Stephen Groves, an independent financial adviser at Garbutt & Elliott’s wealth management division, said: “The penalties for non-compliance are stiff, with persistent offenders, who employ over 500 people, liable for fines of £10,000 per day. Even small firms, employing just five people, could face fines of £500 a day. Clearly, doing nothing is not an option.” 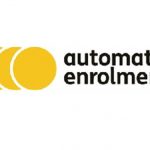 Some accountants ‘trailing’ behind in Auto Enrolment drive 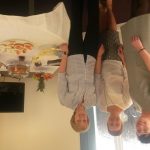