New research suggests that one in 10 of the UK’s retirees are spending less than an hour to determine their financial future for potentially the next 25 years or longer.

The research, carried out by Legal & General and unbiased.co.uk, reported that:

Yet when it comes to their plans for their life after work, the nation’s retirees do take their time to plan and research. When asked to choose from a list of retirement dreams, nearly three quarters, (71%) said they planned at least one of these for their life after work, with nearly a quarter, (22%) of this group admitting they have spent a year or more planning their big retirement dreams.

Nearly one in seven, (15%) said they arranged their retirement income with their employer and trusted they had spent enough time looking at the options. One in ten, however said they used a financial adviser and were confident in the income they receive.

Overall, only 38% of over 55 retirees said they were happy with their retirement income, while nearly a third, (30%) said they were dissatisfied with the amount. 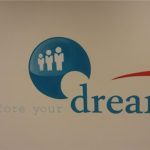 Embrace social media to ‘stay successful in the digital age’