Home / News / Number of annuities sold falls by a third

The number of annuities that were sold between the first and second quarters of 2014 fell by a third.

That’s according to figures released by the Association of British Insurers (ABI).

Yvonne Braun, the head of savings, retirement and social care at the ABI, said: “It [the data] suggests customers with smaller pots have immediately started to use the new freedoms to take their cash lump sum,

“Although it is too early to determine how customer behaviour will continue to evolve between now and when the budget reforms come fully into effect in April 2015, there are still a significant number of savers who will want the regular income provided by an annuity.”

Anyone wanting advice on annuities or their pension plans then please do not hesitate to contact our Retirement/Pension Planning specialists on 01226 208600, or email [email protected] 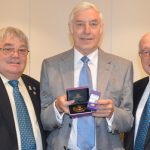 Lifetime in the mix as Barnsley means business!