A new form of National Insurance contributions, which can be paid in return for a higher state pension, will be offered to 13 million people from October.

Pensioners will be able to pay a lump sum in return for an additional £1 to £25 a week.

Under the new top-up system those who feel they are likely to miss out on the £155-a-week flat-rate pension, which comes into force next April, will be able to buy a bigger pension.

The thought process is that women who have taken a career break to raise a family and the self employed are likely to take advantage  of the scheme, which will enable  them to enjoy the same pension as their peers.

Everyone already receiving the State pension, and those who will reach state pension age before April 6, 2016, will qualify.

That means about 12.9 million people, including those living abroad, will be able to top up their pension.

The top-ups will increase in line with the consumer prices index measure of inflation each year – and can also be passed on as an inheritance with a surviving spouse or civil partner entitled to at least half the extra State pension.

The policy will see a new class of voluntary national insurance contributions, entitled ‘3A’, come into force.

The government’s pension minister Steve Webb commented: “We have devised a way that will provide a fairer system. This is a real opportunity for people to increase retirement income.”

According to the Office for Budget Responsibility, the scheme will cost taxpayers £415 million in 2015-16 and £435 million the following year. 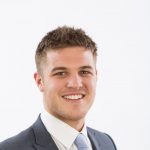