New study suggests savers will withdraw an average of £27,000 from their retirement pots this year

Home / News / New study suggests savers will withdraw an average of £27,000 from their retirement pots this year

New study suggests savers will withdraw an average of £27,000 from their retirement pots this year

Savers are planning to withdraw an average of £27,000 from their retirement fund this year says new research.

However, the study, commissioned by financial and technology services firm True Potential, also suggests that the big changes to pension rules, which came in at the beginning of this month, may not lead to a massive clearing out of retirement pots as was initially feared.

The research has indicated that most savers are planning modest or no withdrawals this year.

Only eight per cent of savers planned to withdraw their entire pension in one lump sum following the reforms, according to the study.

And of those savers who plan to change the way they access their pension as a result of the changes, 53 per cent said they had no plans for any withdrawals this tax year.

David Harrison, managing partner at True Potential, said: “There have been many scare stories about people exhausting all of their savings in one go. These figures show that this is unlikely to happen.” 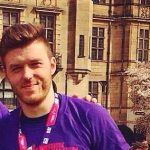