Retirees now need at least £260,000 in their pension pot to avoid an ‘uncomfortable retirement’.

That figure – which has increased from £150,000 back in 2002 – makes up part of the findings from new research carried out by retirement provider Royal London.

And the £260,000 figure will spiral even further upwards for those people who rent properties over the long term, says the company.

The findings have been published in Royal London’s new policy paper ‘Will we ever summit the Pensions Mountain?’ – and former government pensions minister Steve Webb, now Royal London’s director of policy, says that most people currently saving in the government’s auto enrolment scheme were likely to accumulate only half of the target amounts.

Royal London have based their research on an average person needing to generate an income of just over £9,000 a year to top up their state pension at 65. To achieve that income – with some protection from inflation – the company states that the person will have to save £260,000.

And Royal London have emphasised that younger people who fail to go on and buy their own home – and therefore face a lifetime of rent costs – will have to save far more than the £260,000.

Royal London said it expected that around one in three retirees would eventually be renting, and would typically need to find £6,554 a year to pay private landlords, which would mean that, on top of the £260,000, they would need a further £185,000 to fund their retirement. 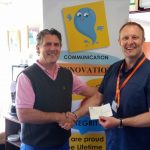