New research suggests 40-somethings are falling behind in pension saving

New research suggests 40-somethings are falling behind in pension saving

“We know that 12 per cent of the UK population are on track for the retirement they want, which leaves a significant proportion of the population falling behind where they need to be.”

But Widows has identified a ‘troubling’ trend amongst those in their 40s, with the number of non-savers in this age bracket up to 19 per cent this year, compared to 16 per cent in 2015.

The 53 per cent retirement savings adequacy ratio of those in their 40s is now the same as that for the 30 to 39 age group.

In spite of steady savings levels across the board, Widows says the research points to the positive role that auto-enrolment is likely to continue to play in the coming years – with current figures reflecting levels of savings made by many at the very start of their saving journey.

“The light at the end of the tunnel in this picture is the long-term impact of auto-enrolment, which is clear to see from our twelve years of research. Auto-enrolment has already brought six million new workplace savers into pensions and with the minimum contributions for employers and employees set to rise in coming years, we expect average levels of savings continue will rise.”

Aegon UK pensions director Steven Cameron says: “Irrespective of age, people face barriers to saving. Our own research has shown that 93 per cent of 45 to 54 year olds have encountered barriers, with the cost of living, mortgage loan repayments and family expenses all putting the brakes on people’s pension saving. But deferring pension saving is a risky strategy. 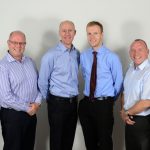 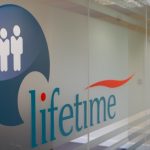