Families with two young children are spending more on childcare than on an average mortgage, according to a new report.

The Family and Childcare Trust’s annual report found that parents with two young children needing full-time care would pay £11,700 a year, 62% higher than the average annual mortgage bill for a family home.

Meanwhile, those needing part-time care for two children are paying £7,549 a year for part-time childcare, around 4.7% more than the average mortgage.

According to figures from the Office of National Statistics, the average UK mortgage is £7,207.

The report also revealed that some families are spending more on childcare than on their weekly shopping.

Twenty five hours of childcare in a nursery for a child under two costs an average of £109.89 a week in Britain says the report – double the cost of the average weekly household food shop.

The most expensive nursery, based in London, costs £494 per week for 25 hours of childcare.

More than half of all families with children use formal childcare every year.

Since 2009, the cost of childcare has risen 27pc while wages have stagnated, squeezing household spending.

Full-time childcare absorbs between 20% and 30% of most parents’ annual income, the survey found.

Lifetime and Mr Buffett on same wavelength over Vanguard! 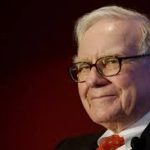 Lifetime and Mr Buffett on same wavelength over Vanguard!