‘Paltry pensions mean that ­millions of Britons will have to work until they drop’.

That is the damning start to a front page splash in the Daily Express today.

The Express headline reads: ‘Pensions blow for millions as 66 per cent of people will be forced to work even longer’.

Many people have found that they simply cannot afford to live on their state pension alone – and a new report has stated that two out of three of us are now resigned to working beyond the age of 65.

Retirement expert Ros Altmann told the Express: “It’s clear the legacy of low interest rates and ­economic turmoil is that our pensions crisis has worsened.

“In just over a year the proportion of ­people who say they will have to work past pension age has nearly doubled, as it dawns on them their pensions are not going to give them enough income for a decent lifestyle.

“Working longer has become a necessity and it will probably be essential for the majority of people whose pensions are falling short of their expectations.”

The latest research, carried out by Canada Life Group Insurance, found that 66 per cent of those surveyed said they would have to work past the age of 65.

Canada Life spokesman Paul Avis said: “The concept of retiring at 65 and no longer earning a wage is fast ­becoming antiquated as more and more employees accept they will be working long beyond the traditional retirement age.

“Increased life expectancies and recent economic difficulties have boosted the proportion who feel they will be forced into working longer than they want to in order to afford the rising cost of living.”

The survey of employees found that the soaring cost of living was the main reason they would have to supplement their pension with a wage.

Just 28 per cent said they would continue working because they enjoyed their job.

Today almost one person in 10 over the age of 65 is still working – an increase of 10 per cent in a year. Experts have long warned that the UK faces a ‘time bomb’ as so many Britons have failed to adequately plan for their retirement. 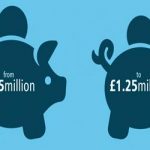 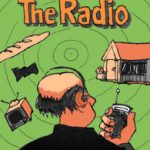