More and more first time buyers are turning to the ‘Bank of Mum and Dad’ – or even the so-called ‘Family Bank’ – to obtain the deposits they need to get on the property ladder. 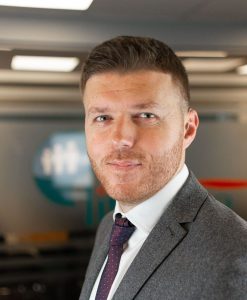 Scott says: “I’m finding that more and more first time buyers are being gifted deposits from family in order to help them to get on the property ladder. That’s not necessarily from the Bank of Mum and Dad either, although that is usually the first port of call.”

But as the cost of living crisis continues to rage across the UK and the world, do relatives currently have the necessary funds available to help? Or is their money now being ‘tied up’ by their own financial needs, meeting the costs of increasing food prices, fuel, or even their own rising mortgage repayments? 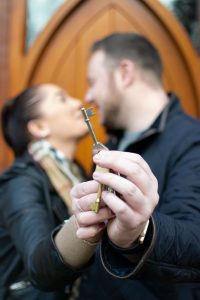 The continued climb in UK house prices is being put down to supply and demand, with the Nationwide Building Society saying that demand in property is outstripping supply, but as inflation now begins to rise, and mortgage rates increase, there are many in the housing sector who believe that the ‘seller’s stranglehold’ on the market will soon start to dissipate.

Demand for re-mortgaging remains strong, as borrowers wish to get ahead of the rising interest rates.

In June, the Bank of England announced an increase in the Base Rate from 0.75% to 1%, a level not seen since early 2009. It was the fourth time in a row that the Bank of England’s Monetary Policy Committee had voted in favour of an interest rate hike, as the UK tries to get to grips with soaring inflation.

“There’s certainly a battle for home movers and first time buyers to find the property they want,” says Scott. “In some cases, people are offering more than the asking price in order to secure the property.

“I’ve had home movers who have taken months to find a property due to supply and demand.

“Affordability is going to be a big talking point for the rest of 2022. From meetings that I have had with lenders at seminars, they have said they will be tightening their affordability calculators going forward. This may mean, for example, that a client who could have borrowed £100,000 last year might now find they can no longer borrow that amount. This is due to the lenders factoring in the increased cost of living and inflation.

“Borrowers are having to reassess their current situation and asking themselves ‘what can they afford?’

“Borrowers are certainly exercising more caution. I have had a few clients ask me the following question, ‘I’m fixed in until 2023. Is it a good idea to redeem my current deal and pay early repayment charges now to secure a better rate?’

“These clients are concerned that next year the rates will be higher than they are at present. The answer to this question is….I honestly don’t know. I can’t predict what the rates are going to be next year. I am able to provide a client with the costs for what they incur now, and they can make the decision themselves based on the information that we have to hand.

“Lenders at present are very busy with the volumes of business they’re receiving. This results in them changing their rates at short notice. It may sound odd, but the biggest lenders in the market are so busy that they try to avoid being the most competitive rate wise. This helps to drive the volume of business down, so that they can shorten their turnaround times.

“Those who are on the standard variable rate (where they have come out of the fixed rate with their current lender) need to assess their options. For example, Virgin Money have increased their SVR from 4.99% to 5.24%. This means an increase in their monthly mortgage payments. Other lenders are following suit, due to the increase in the Bank of England Base Rate. There are some benefits to being on the SVR, such as no early repayment charges for overpayments. However, those who are looking to budget should seriously think about fixing in to a deal, to avoid further increases in their monthly mortgage payments.” 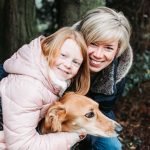 The desire to improve financial health is there but are employees being hampered by cost of living crisis? 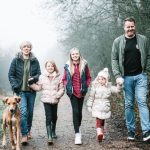