Medium-sized companies are the ‘unsung heroes’ behind the UK economy says a new survey.

The CBI employers’ group has published research showing that despite accounting for only 1.8 per cent of UK private sector businesses, mid-sized companies created 185,000 jobs in 2010-13.

That was a 4.1 per cent increase, compared with 1.9 per cent by large companies and 2.8 per cent by small businesses.

The CBI defines medium-sized companies as employing 50-499 people and having a turnover of £10m-£100m. They employ 4.7m people, 16 per cent of the workforce.

The research also revealed that In the same period (2010-13) their turnover increased by more than double that of other companies: 7 per cent, compared with 3.2 per cent for large companies and 2.9 per cent overall.

They generate 23 per cent of private sector revenue and their contribution to the economy is estimated at more than £300bn.

John Cridland, CBI director-general, said: “These firms are optimistic and want to make the most of the recovery. With the right help from the government their future growth potential could be even greater. 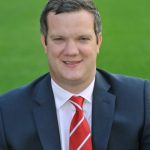