Lifetime financial planner Robert Bligh says a text message, received from a client who is ‘living life to the full’ after having a second opinion on his cancer, makes his job worthwhile.

Robert (pictured below) joined Lifetime last November – and is mainly based at our offices in Driffield. 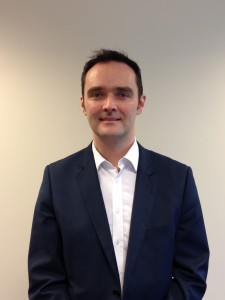 The client in question was the first one Robert dealt with at Lifetime.

He says: “I was doing a full fact find and discovered that as well as having two young children, the client had been treated a few years previously for a rare type of cancer.

“Sadly, the cancer had come back and the client had been told by his doctors that there was nothing they could really do . He was really miserable and it felt like he was at the end of his tether.

“While I was asking about life insurance I did suggest he might think about going for a second medical opinion. Even if it wasn’t covered by the life insurance, the client could pay, if he could afford it.

“The gentleman decided that he would indeed get a second opinion, and duly went to London and met a specialist who had a good success rate with that sort of cancer.

“I had talked at length with the client about his and his family’s dreams and hopes – and as part of that he had told me that he would love to go to Venice with his wife.

“I was touched – and got him a Venice guide book, telling him that it was ‘something to look forward to’.

Then last week, Robert received a text message from his client’s wife, which read: “We are on our way to Venice! Thank you so much! He is doing so well with the radiotherapy. We are living life to the full!”

A humbled Robert said: “I love this job anyway but something like this makes it so very much worthwhile.” 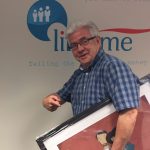 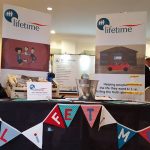