Make paying into a pension like tax suggests think tank

Make paying into a pension like tax suggests think tank

Paying into a pension should be compulsory in the same way as paying taxes, a think tank has suggested.

as concerns grow that people are not saving enough for retirement.

The Policy Exchange think tank is calling for the Government to create a ‘Help to Save’ scheme that would make it obligatory for people to save for their retirement by removing the opt-out in the existing Auto Enrolment scheme. It would also increase an individual’s pension contributions as their income rises.

The think tank’s suggestion comes as concerns continue to grow that people in Britain are not saving enough for their retirement.

The Policy Exchange warned that people not saving enough for their retirement was putting an ‘intolerable burden on the state’.

So they have suggested that the ‘opt-out’ which is currently available to private sector employees under the Government’s Auto Enrolment scheme would end, unless an individual could show they had sufficient funds in their pension pot.

At the moment only 10 per cent of employees have opted-out of Auto Enrolment – but experts believe that number may rise as smaller firms join the scheme.

The Policy Exchange study found that someone earning the average wage of £27,000 will need to save six-and-a-half times more than they currently do to generate the Government’s recommended retirement income of £16,200.

The average pension pot is estimated to be £36,800, which on current annuity rates would generate a retirement income of £1,340.

The report warns that an average earner would need a pot of £240,000, assuming they receive the full single-tier pension, the replacement for the state pension.

The Policy Exchange also recommended a major shake-up of the annuities market to increase choice at retirement age. 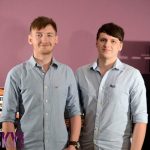