Michael Jordan and the last dance 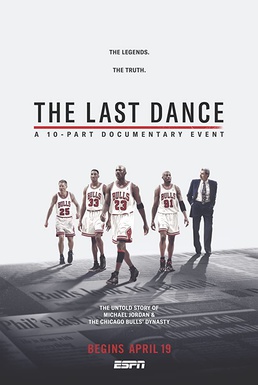 Have you got a Netflix account? If so, tune in and watch this!

In 1997, legendary basketball star Michael Jordan and the Chicago Bulls allowed a film crew to follow them as they went for their sixth NBA title in eight seasons.

That decision led to a remarkable portrait of one of the sport’s most iconic athletes, and a world class team.

“The Last Dance” follows the Bulls’ 1997-98 season from start to finish, while also covering the rest of the chapters in Jordan’s remarkable career. The 10-part docuseries reveals the Jordan story from when he was an emerging star on his high school team to becoming a worldwide marketing force and cultural figure.