Lifetimer Lesley so pleased with her tower poppy!

Lifetimer Lesley so pleased with her tower poppy!

She brought it into the office on Tuesday morning to show her work colleagues – causing plenty of jealousy in the process! 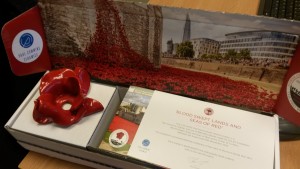 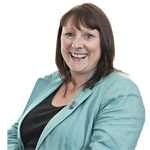 The major art installation Blood Swept Lands and Seas of Red at the Tower of London, marked one hundred years since the first full day of Britain’s involvement in the First World War. Created by artists Paul Cummins and Tom Piper, 888,246 ceramic poppies progressively filled the Tower’s famous moat between 17 July and 11 November 2014. Each poppy represented a British military fatality during the war.

The poppies gradually encircled the iconic landmark, creating not only a spectacular display visible from all around the Tower but also a location for personal reflection. The scale of the installation was intended to reflect the magnitude of such an important centenary and create a powerful visual commemoration. 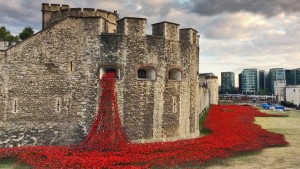 All of the poppies that made up the installation were sold to members of the public for £25 apiece, raising millions of pounds which were shared equally among six service charities.

Lifetimer Lesley is certainly thrilled with hers!

Lifetime Communications Director Bill Bottomley took his son George to the Tower of London last year, when the poppies were in ‘full flow’, and said the scene was ‘truly spectacular!’ His pictures can be seen below. 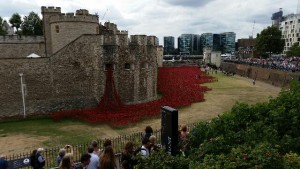 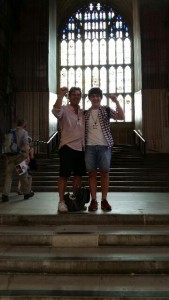 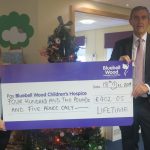