The Open Day aims to give visitors the opportunity to talk to Gripple staff and the other members of the ‘Gripple family’of employee-owned companies (Loadhog and PMS Diecasting).

Our intrepid Lifetime pair (pictured below) will be joined by representatives from other local companies who have already taken the step after recognising the advantages of employee ownership to their companies and employees. They include: John Lewis, Swann Morton, Abacus Design Associates, School Trends, City Health Care Partnership, Walker Morris, Spectrum Community Health, Sheffield Hallam University, TransaveUK, Co-ownership Solutions, Wrigleys and Wicker Pharmacy. 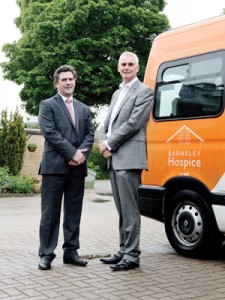 Companies which have not yet embraced the Gripple model are also invited to the The Old West Gun Works in Sheffield, where they can learn all about it.

Speaking about the Open Day, Andy Davies, Gripple’s business development director and chairman of the GLIDE board, said: “The employee owned companies in our region are keen to spread the good news that EO can be of tremendous benefit to their business because staff feels that they own it!

“We are delighted to open our doors and will welcome anyone who wants to learn and dispel any misconceptions about EO they may have.”

It certainly is pretty unusual to find a company where the millionaire boss is steadily and systematically handing over his shares to the staff. Every employee is obliged to buy shares in the business, there is no union representation and retirement is optional.

Company creator Hugh Facey says: “Money doesn’t bother me, the less I worry about money, the more money I make!”

Gripple began on a wet Welsh hillside back in 1986. At that time, Hugh was a high-flying salesman for a Sheffield wire company. He met a farmer who had a challenge for him: surely there had to be a quicker way of attaching two bits of wire together than messing around with knots and a pair of pliers?

Hugh duly came up with an inspired invention – a little metal box with two holes at each end. Thread two bits of wire through it in opposite directions and they would be locked together by their own tension. Hugh called it a ‘Gripple’ (see picture below). 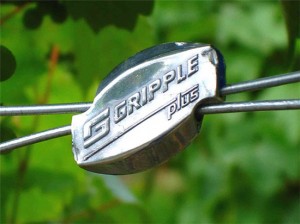 He had such faith in his new idea that he set up his own business in 1989 in order to produce his gripple.

And as a result he revolutionised the humble wire fence. Suddenly people and companies had a quick and easy way of building new fences which saved untold thousands of man hours, not to mention very sore fingers!

Indeed, millions of Gripples went into the longest fence in the world — the 3,500-mile Dingo Fence that stretches from Queensland to South Australia.

Twelve months ago Gripple was included, alongside giants like Rolls-Royce and McLaren, in the Science Museum’s Olympic exhibition of great British innovation.

At the same time the Daily Mail asked if ‘plain-speaking Yorkshireman’ Mr Facey was the best boss in Britain? (http://www.dailymail.co.uk/debate/article-2169927/How-plain-speaking-Yorkshireman-built-world-class-company-common-sense.html)

Are you a success?